Improving the Lives of the Underserved and Disabled Youth

One of the highlights of 2018 was the pilot of the JEA Visually Impaired Project (VIP). In January 2018, the Bangkok School for the Blind (BSB) in Thailand chose 5 students to participate. None of these students had played a musical instrument or had any previous music experience. Antigua Musical Instruments donated saxophones for each students, and JEA arranged for the saxophone ensemble to have two lessons per week. The saxophone teachers selected to teach these students were Yongsit Yongkamol and Ms. Nalin Sae-nim. By the beginning of March, JEA was able to integrate the VIP students into 2018 Thailand Jazz Workshop, playing in combos, master classes, and in one of the big bands. For the big band,the VIP students listened to the saxophone parts on a recording and memorized the music! For the VIP saxophone students, it was the first time they felt they had been accepted into society! 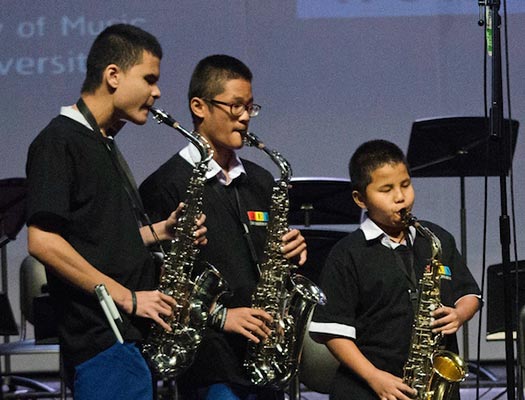 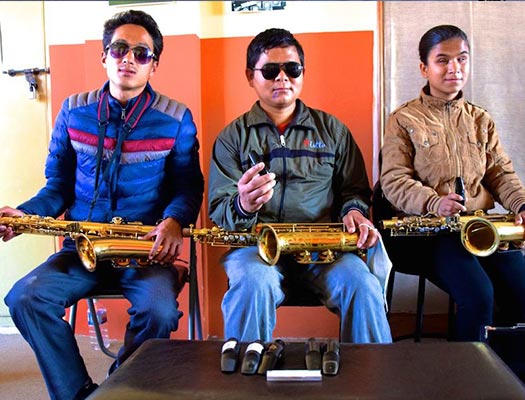 Another pilot project was completed in 2018 in Nepal, where JEA collaborated with the Kathmandu Jazz Conservatory to provide saxophone lessons for four visually impaired Nepali students. It was equally as successful, with the students eagerly learning the basics of the instrument and memorizing music so that they could participate in a group performance.

From these two experiences, we realize how important jazz music and jazz improvisation is to visually impaired students. It gives them confidence, the opportunity for creativity, the chance for them to work with others in a team situation, and in many countries, it gives them their first experience of feeling accepted into society. JEA will continue to implement these music programs in the future as opportunities are identified.

The second major program was the Syrian Refugee Jazz Workshop Program, initiated by Jazz Education Abroad in Beirut, Lebanon in July, 2018. It was a huge success! JEA reached out to the Syrian refugee camps and organizations in Lebanon, encouraging them to identify music students who might like to participate in the 2018 Lebanon Jazz Workshop. Full scholarships were awarded by JEA to 15 students. The collaborating Syrian agencies provided ground transportation and worked with local organizations to arrange housing if needed, insuring that the Syrian refugee students had transportation and meals provided during the Workshop.

As a result of these efforts we were very pleased to have 15 music students from southern Lebanon (City of Tyre), and 15 music students from one of the Beirut refugee camps complete the 2018 Lebanon Jazz Workshop. The workshop allowed the students to have a break from the stresses of fleeing their home country, seeking asylum, and allowed them to focus on something challenging and new. 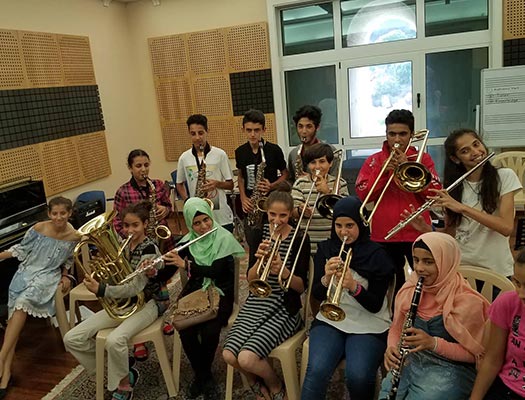 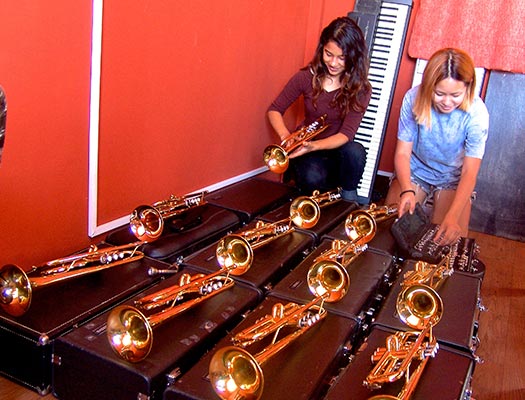 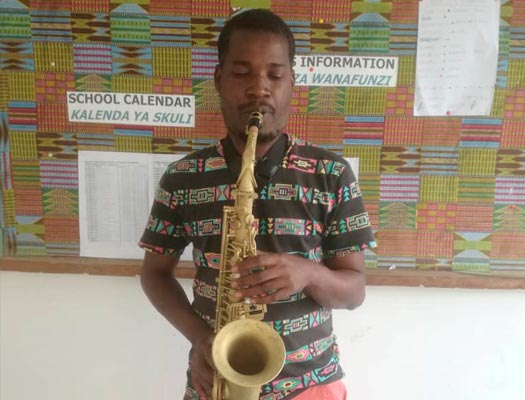 JEA has made possible donations of hundreds of instruments to music students in the Middle East, Africa, Europe, and Asia. Each year JEA donates musical instruments and music to the Middle East, Africa, Europe and Asia. These donations were made possible through a partnership with Taipei American School. In 2018, 11 trumpets, two flutes, and four saxophones and mouthpieces were gifted to the Kathmandu Jazz Conservatory Foundation, to be used by students who would not otherwise have an instrument.

In April 2019, JEA was able to donate an alto saxophone from Antigua Winds, to Hassan Mahenge, teacher at DHOW Music Academy and only saxophone player in the island of Zanzibar.

How you can help